Time for an update!

So Camp W is on an obvious hiatus right now, but recently we’ve had some people write and express concern about the comic being over. Hopefully we can help clear things up here.

The comic is not done. There is a zero percent chance that we never go back to it. It’s just that right now our lives aren’t in a place where we can devote the amount of time to it that we had in the past.

I mentioned on Twitter that I’ve gotten a new job as a storyboard director on the Animaniacs reboot. This is my first directing job, so it’s really hard for me to know how much free time I’ll have for personal projects (i.e. the Camp comic).

Adam and I are also lucky enough to be developing a whole ‘nother cartoon show! We’re in the pretty early stages, so we don’t have a ton we can share, but that’s going to take another big chunk of our time for the foreseeable future.

Between development and my new job, we’ve unfortunately had to put the comic more on the back burner than we ever anticipated.

But! believe me when I say that we really miss doing the comic and can’t wait for a time where we get to work on it again! (Even if that means I was fired from my job and our new show got passed on…) 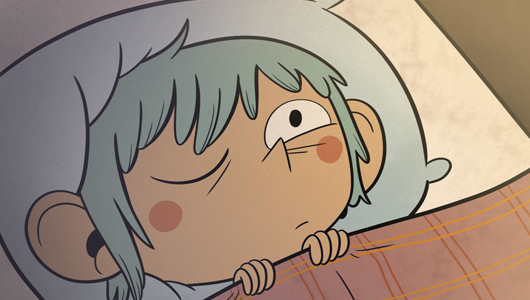 New to Camp? Start at Page One!